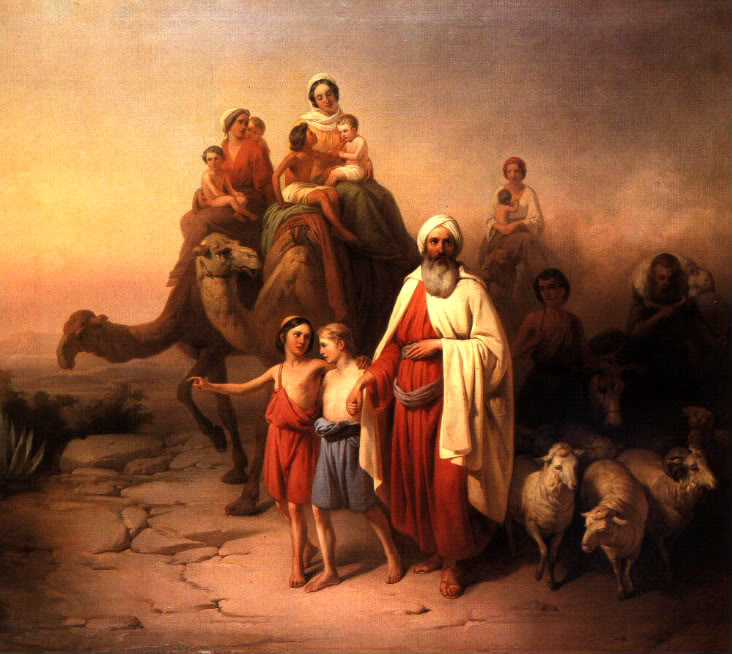 6 he [the LORD] says: “It is too light a thing that you should be my servant to raise up the tribes of Jacob and to restore the preserved of Israel; I will give you as a light to the nations, that my salvation may reach to the end of the earth.”

7 Thus says the LORD, the Redeemer of Israel and his Holy One, to one deeply despised, abhorred by the nations, the servant of rulers: “Kings shall see and arise; princes, and they shall prostrate themselves; because of the LORD, who is faithful, the Holy One of Israel, who has chosen you.”

8 Thus says the LORD: “In a time of favor I have answered you, in a day of salvation I have helped you; I have kept you and given you as a covenant to the people, to establish the land, to apportion the desolate heritages;

9 saying to the prisoners, ‘Come forth,’ to those who are in darkness, ‘Appear.’ They shall feed along the ways, on all bare heights shall be their pasture;

10 they shall not hunger or thirst, neither scorching wind nor sun shall smite them, for he who has pity on them will lead them, and by springs of water will guide them.

3 Then the LORD said to Jacob, “Return to the land of your fathers and to your kindred, and I will be with you.”

4 So Jacob sent and called Rachel and Leah into the field where his flock was,

5 and said to them, “I see that your father does not regard me with favor as he did before. But the God of my father has been with me.

6 You know that I have served your father with all my strength;

7 yet your father has cheated me and changed my wages ten times, but God did not permit him to harm me.

9 Thus God has taken away the cattle of your father, and given them to me.

10 In the mating season of the flock I lifted up my eyes, and saw in a dream that the he-goats which leaped upon the flock were striped, spotted, and mottled.

12 And he said, ‘Lift up your eyes and see, all the goats that leap upon the flock are striped, spotted, and mottled; for I have seen all that Laban is doing to you.

13 I am the God of Bethel, where you anointed a pillar and made a vow to me. Now arise, go forth from this land, and return to the land of your birth.'”

14 Then Rachel and Leah answered him, “Is there any portion or inheritance left to us in our father’s house?

15 Are we not regarded by him as foreigners? For he has sold us, and he has been using up the money given for us.

16 All the property which God has taken away from our father belongs to us and to our children; now then, whatever God has said to you, do.”

3 To do righteousness and justice is more acceptable to the LORD than sacrifice.

4 Haughty eyes and a proud heart, the lamp of the wicked, are sin.

5 The plans of the diligent lead surely to abundance, but every one who is hasty comes only to want.

6 The getting of treasures by a lying tongue is a fleeting vapor and a snare of death.

7 The violence of the wicked will sweep them away, because they refuse to do what is just.

8 The way of the guilty is crooked, but the conduct of the pure is right.

9 It is better to live in a corner of the housetop than in a house shared with a contentious woman.

10 The soul of the wicked desires evil; his neighbor finds no mercy in his eyes.

11 When a scoffer is punished, the simple becomes wise; when a wise man is instructed, he gains knowledge.

12 The righteous observes the house of the wicked; the wicked are cast down to ruin.

13 He who closes his ear to the cry of the poor will himself cry out and not be heard.

14 A gift in secret averts anger; and a bribe in the bosom, strong wrath.

15 When justice is done, it is a joy to the righteous, but dismay to evildoers.

16 A man who wanders from the way of understanding will rest in the assembly of the dead.

17 He who loves pleasure will be a poor man; he who loves wine and oil will not be rich.

18 The wicked is a ransom for the righteous, and the faithless for the upright.

19 It is better to live in a desert land than with a contentious and fretful woman.

20 Precious treasure remains in a wise man’s dwelling, but a foolish man devours it.

21 He who pursues righteousness and kindness will find life and honor.